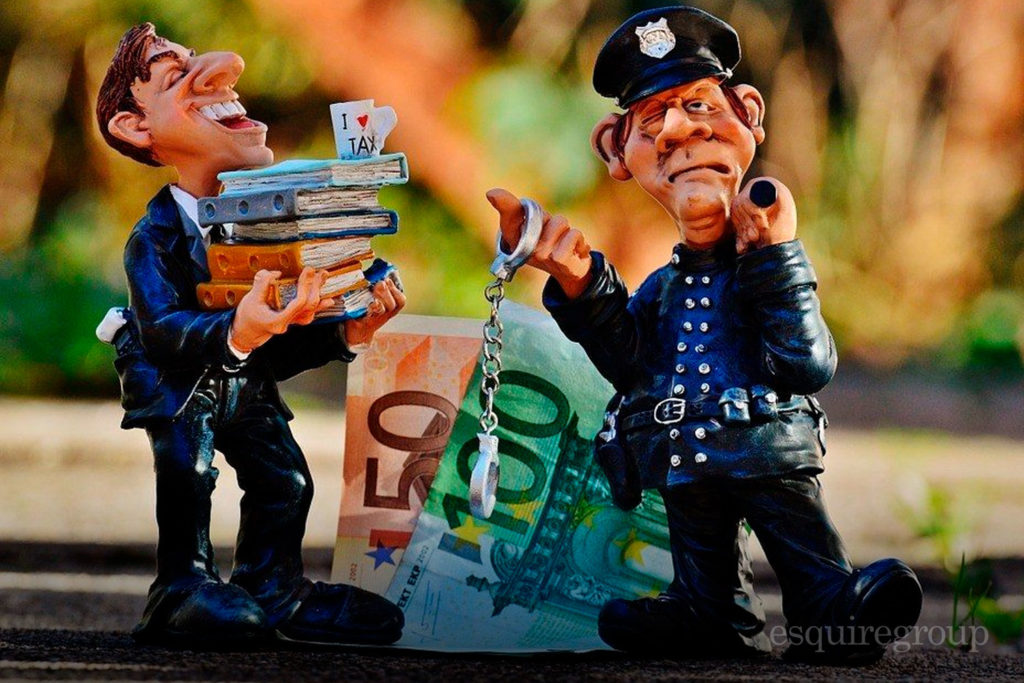 Ever hear the saying “You get what you pay for”? That is precisely what most do-it-yourselfers (DIY, for short) get when they formulate their own international tax plans. Recently I was reintroduced to an international structure, that over the years, I have seen international tax wannabes dream up in one variation or another.

This elegant and flawless structure (I hope my sarcasm is coming across), generally, has a backstory that goes something like this. A U.S. taxpayer, living in the U.S., has a product that he sells or wants to sell to third-party buyers in the U.S. and elsewhere, but usually it’s mostly in the U.S. The product is generally manufactured by a third-party in China, Vietnam, or some other low-cost manufacturing jurisdiction.

The simplest way to structure this business, would be for the U.S. taxpayer, let’s call him Taxpayer Genius (TPG), to form a company in the U.S., we’ll call it WWUS, to purchase the product, the Wonder Widget, from the manufacturer, markup the price, and sell it to the buyers. Right? Right. And, this is exactly what TPG does.

TPG, who is a whiz at buy-low sell-high, has WWUS purchase the Wonder Widgets from the manufacturer for $2 per piece and sell them to the buyers for $10 per piece. He proudly watches the profits of his Wonder Widget business soar. After the first year of operations, however, TPG comes to a sobering reality – with large profits, comes a large tax bill! And, being the savvy businessman he is, he decides to figure out a way to continue to grow his profits, while at the same time reducing his tax bill.

While researching ways to reduce his taxes, TPG stumbles upon some articles on the internet about how large multinational companies sometimes use foreign companies to reduce or defer their U.S. taxes. TPG thinks to himself, if they can do it, why can’t I? And, with his limited knowledge, he sets out to create his own foreign structure to reduce his taxes.

After only a few weeks of internet research, and without spending any money on unnecessary things like, fancy, overpriced international tax advisors, TPG has devised his plan. He is going to set up a company, let’s call it WWOOPS, in Panama that he will own. Panama, TPG thought, was a great jurisdiction because they won’t tax WWOOPS’ profits at all! Rather than having WWUS purchase the Wonder Widgets directly from the manufacturer, WWOOPS will purchase the Wonder Widgets from the manufacturer at $2 per piece and sell them to WWUS for $8 per piece. WWUS will, in turn, continue to sell the Wonder Widgets to the buyers for $10 per piece.

TPG is quite proud of himself as he has reduced his U.S. profit from $8 per piece to $2 per piece; a 75% reduction. He can already taste the tax savings.

After a few months of operating his Panamanian structure, TPG is approached by a third-party wholesaler that wants to purchase Wonder Widgets from him. TPG negotiates a price of $6 per piece with the wholesaler. Wanting to maximize the profitability of his foreign structure, he has WWOOPS sell the Wonder Widgets directly to the wholesaler. Brilliant he thinks, all the profits from my wholesale business will shielded from U.S. tax within WWOOPS.

TPG soon realizes, however, that saving all this money on taxes is great, but he can’t use any of it as it is stuck in Panama, and if he takes a dividend, it will be taxed in the U.S. He comes up with an ingenious solution to his problem. WWOOPS is an operational business, being operated by him, so it is only logical that it would expenses like, office rent, office equipment, and travel expenses. If WWOOPS paid business expenses in the ordinary course of its business, he could benefit from these expenditures without having to claim any income. TPG immediately goes out and rents a nice office near his home in the name of WWOOPS and starts conducting business out of it.

TPG’s structure has several major flaws, however, all of which a knowledgeable international tax advisor would have immediately pointed out. We will only focus on two of the problems, however. The first, is that WWOOPS is carrying on a trade or business in the U.S. The second, is there is a transfer pricing violation.

The U.S. Trade or Business Problem

In the case of WWOOPS, I think it is clear that it is engaged in a U.S. trade or business. TPG is the sole person acting on behalf of WWOOPS, and he is doing so from WWOOPS’ sole office in the U.S.

Because, in this case, all of WWOOPS’ profits are effectively connected to its U.S. trade or business, all of its profits will be subject to U.S. corporate income tax at a rate up to 35%. Additionally, since there is no tax treaty between the U.S. and Panama, WWOOPS will have to pay a branch profits tax of 30%. This means that WWOOPS has to pay 65% tax in the U.S.

As you can see, TPG has quite a problem on his hands. In addition to the above problems, TPG didn’t file his international information returns to properly disclose WWOOPS on his tax return. Now, in order to get back into compliance, TPG will likely have to go through the Offshore Voluntary Disclosure Program and pay a 27.5% penalty on the value of WWOOPS. This penalty, combined with the 65% U.S. tax WWOOPS has to pay, will pretty much wipe out any profits accumulated in WWOOPS.

What TPG didn’t realize in his international tax planning, was that multinational corporations spend a lot of money to devise, implement, and operate their international corporate structures. For example, WWOOPS could have likely avoided having a U.S. trade or business if it would have rented an office in Panama, and hired a CEO there to run its operations. If operated in this manner, there would have been no U.S. trade or business for the U.S. to tax. This is most likely exactly what a multinational company would have done to achieve tax deferral.

I hope this hypothetical situation has given you some insight into what not to do!