Passport Scammer is Still on the Prowl

Home > Info Stream > Passport Scammer is Still on the Prowl 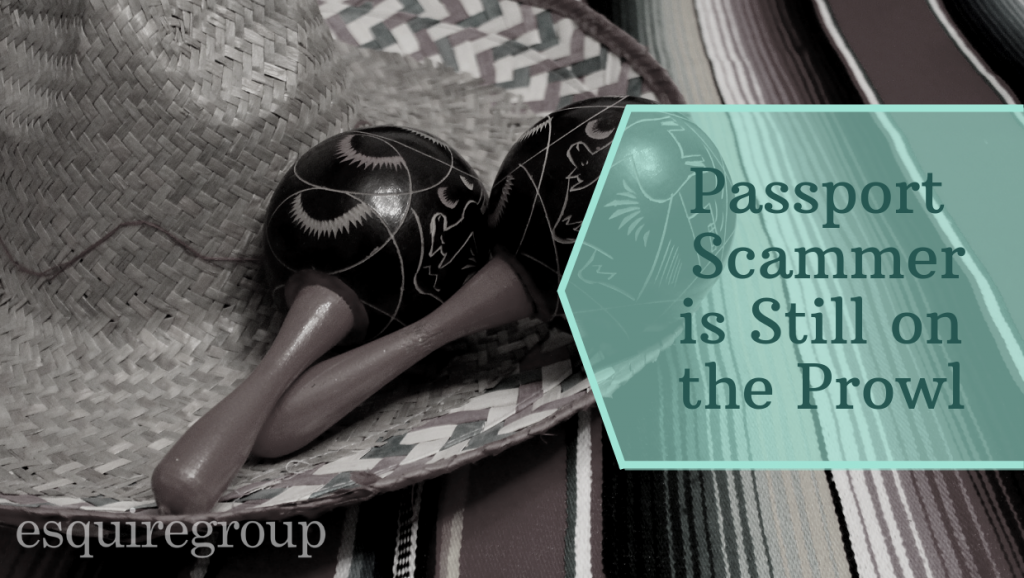 There are many landmines to avoid when internationalizing your life and wealth. Finding an honest, ethical, and independent advisor can make the difference between achieving goals or experiencing disaster.

Regardless of particular services you need, it is critical to select the right advisor.

But those in need citizenship and residency planning services should be extra cautious when choosing an advisor. The industry surrounding these services is extremely treacherous.

Residency planning and citizenship programs attract many unscrupulous and dishonest characters. The high fees attract people looking to make a quick buck… Euro, Bitcoin, or whatever – provided there is enough of it.

Citizenship programs are particularly susceptible because of the value provided by passports.

While it’s possible to buy stolen and/or wholly inauthentic passports on the black market, most passport scams are found on the “gray-market.” These scams typically involve bribing government officials to produce fraudulent documents which are then used to acquire passports.

Gray-market passports are issued by the proper authorities. However, they were acquired by fraudulent means.

Not long ago, Jeff Berwick of The Dollar Vigilante (TDV) was caught red-handed in a scam. A disgruntled client claiming to be out nearly $200,000 (USD), secretly filmed the promoter as he explained the inner-workings of his operation and his failure to deliver passports that had been purchased.

Berwick tried to reassure his client by promising that his program was “legitimate” because his clients travel to Mexico, visit the embassy, obtain a temporary residency visa, get finger printed, and take other formal sounding actions.

But there is a catch – Berwick sold Mexican passports on an accelerated or “fast-track” time schedule.

In the video, he admits to promising some clients that he could procure Mexican passports in just eight days.

As Berwick explains, his agents in the immigration office “just sort-of back-date” the documents.

Of course, there’s no such thing as “sort-of” back-dating a document. It either has the correct date, or it does not.

Yes, Berwick actually claimed his program was “totally legitimate” while using back-dated documents. This is pure nonsense. Programs and passports are, by definition, illegitimate once fraudulent documents are used.

Many of his clients never received a passport. But even the ones that did are not in the clear.

Gray-market passports come with a variety of serious problems. They can be revoked immediately once the scheme is discovered. If the recipient had renounced his original citizenship, the revocation of his gray-market passport would leave him “stateless.”

He would be unable to travel and essentially stuck wherever he is when the passport is revoked – hopefully, somewhere nice.

There can be issues with renewing gray-market passports. Individuals can face charges in the country that issued the passport, and even in their home country, related to bribing government officials. Bank and other financial accounts that were opened with the fraudulent passport can be frozen and seized.

Gray-market passports are far less appealing than many imagine. Sadly, most people believe that they’re buying a completely legitimate passport. They are victims of fraud.

Predictably, Berwick’s illegal Mexican program described failed to deliver on the promises. He confessed to needing to drink just to have the courage to respond to unhappy clients. He claimed to be working on five separate businesses just to earn enough money to refund his clients – meaning, he had already spent the funds before providing his clients with fraudulently acquired passports.

It’s highly unlikely that anybody received a refund – however, this remains an unknown.

It’s a real shame that people were harmed by this scam. Any local immigration lawyer or independent consultant like me would have immediately recognised the program’s illegality.

Under nearly every circumstance, Mexican law requires foreigners to obtain a residency permit and then wait five years before applying for citizenship. To become a Mexican citizen, individuals must also speak fluent Spanish and demonstrate significant integration into Mexican culture.

Passport hucksters like Berwick fail to appreciate the truth about citizenship and residency programs: they are for people to be naturalized and become citizens. Acquiring a passport is more of a side-effect. It’s a benefit that comes from following the rules. The countries with these programs are welcoming people to become citizens and members of their societies – they’re not looking to attract transient drifters.

The promise of obtaining a new citizenship/ residency planning and passport in eight days is simply laughable. You know the old saying about if something sounds too good to be true?

There is no legitimate program in the world that offers passports in eight days, or even eight weeks. The fastest programs take several months.

But please, not again!

The TDV Immigration website has been offline for quite some time. I thought he had exited the passport industry with his tail between his legs. However, he let the cat out during a recent video announcing, “of course, at The Dollar Vigilante… we have… a number of services to help people to expatriate from their country – which we call a tax farm – go to another country that has no taxes that apply to you, so that you don’t have to pay tax. Get second citizenships for example.”

This is yet another danger in going with a passport broker. Middlemen fight their way into these transactions to earn what fees they can. You might be purchasing a passport from one broker who in-turn hires someone like Berwick to do the leg-work.

You might as well light your money on fire.

It is imperative that you and your trusted advisor do the proper due diligence on anyone you are considering hiring to obtain a citizenship or residency planning, and passport.