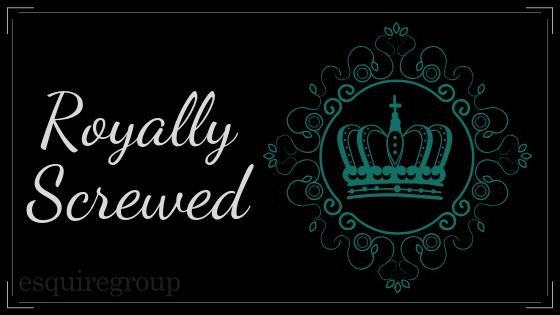 Over two hundred years ago, the American colonies seceded from the British empire in large part because of excessive tax obligations imposed by the Crown.

The tables have turned… at least somewhat.

In 2019, the American government will collect taxes from a member of the British Royal family.

As an American citizen, Meghan Markle owes US taxes on her world-wide income. The pregnant Markle will soon pass along this obligation to her child. America is one of three countries in the world that taxes its citizens on their world-wide income regardless of their residency – the other two being Eritrea and Myanmar.

After marrying Prince Harry, Markle most assuredly received gifts and in excess of the $15,797 and likely assets in excess of $200,000 – as a result, she’ll have to report foreign assets on Form 8938. Children receiving taxable income under $2,000 can file tax with their parents. However, the child will likely receive lavish gifts and therefore have to file a separate return.

There is only one important question: why?

What is the benefit of retaining her US citizenship?

The Duke and the Duchess live in England. Although she is not yet a citizen, England could easily provide her a diplomatic passport. It is unimaginable that some other nation would refuse to honor it.

She can then travel as she pleases.

Surely there are many tax professionals discussing Markle’s and her child’s tax obligations. But they’re missing the point. Paying the taxes is of secondary importance.

By retaining her US citizenship, Meghan Markle has now likely partially exposed the inner working of the Royal Family’s trusts and wealth structures. Markle and her child will have to provide significant and detailed information about the sources of their taxable income, gifts, and foreign financial assets.

If she came to me…

I would have advised Markle to expatriate prior marrying Prince Harry. She could have obtained a second citizenship to protect her until she obtained a UK passport.

Markle would likely be considered a “covered expatriate” given that her net worth is an estimated $5 million USD. There are strategies to avoid the so-called “exit tax” by getting reclassified as a “non-covered expatriate.” But paying the exit tax is practically meaningless compared to what she would have gained.

She would have no longer been obligated to provide detailed information to the IRS about the Royal Family’s Wealth Structure. Most likely, she would have been subject to fewer reporting requirements and probably saved a bundle on taxes.

Markle can end her obligations to the IRS within a year. However, her child will not be so lucky as children cannot renounce their citizenship until they are sixteen years old. Parents can not renounce a child’s citizenship on their behalf.

For at least sixteen years, the IRS will be collecting detailed information about the finances of the Royal Family.

That is one big screw-up.

High-Net-Worth-Individuals need to be exceptionally careful about getting married and starting a family. Proper planning can help HNWIs avoid negative tax results without exposing their Wealth Structure to additional risks and reporting requirements.